Four things you might not know about Valentino Rossi

As Number 46’s home race approaches this weekend, we delve into the less known facts about him.

Four things you might not know about Valentino Rossi

As Number 46’s home race approaches this weekend, we delve into the less known facts about him.

Valentino Rossi is most well-known as “The Doctor”, but why? There are a few theories how the Italian acquired the nickname, but the most literal is that he has an honorary degree. In Italy, this allows use of the title “The Doctor”. But the more likely explanation is that in his home country, the term is a sign of high regard. Similarly to Andrea Dovizioso’s nickname “The Professor”, the label indicates an air of importance, which Rossi’s father confirmed:

“In Italy, The Doctor is a name you give to someone for respect. It’s very important. I don’t think there is a particular reason, but it’s beautiful, and important.” – Graziano Rossi

Rossi’s first nickname though was “Rossifumi”, a nod to Japanese rider, Norifumi Abe. The Number 46 rider admired Abe as a teenager and took inspiration from him to become a World Championship motorcycle racer. In 1999, Rossi’s superhero character Valentinik was born, inspired by Disney comic, Donald Duck and his alter ego Super Donald (Paperinik in Italian) – a comical, likeable character who caused destruction everywhere he went.

As well as his nicknames and the roles associated with them, Rossi has become famous for his wild post-race celebrations and wacky costumes. 1997 was the first time that British fans got to see the contents of his dressing-up box, when he sported Robin Hood gear at Donington Park. Six years later, he donned Elvis Presley attire for the cover of Rolling Stone magazine. 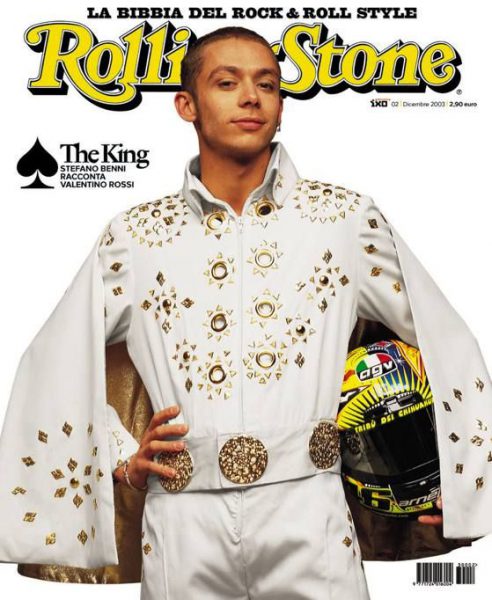 Superstition is the way

As well as being religious (a practising Catholic), Valentino Rossi is spiritual and superstitious. His pre-race rituals are well-known to MotoGP fans worldwide, including never missing the Moto3 race start as a spectator, and bending his knees and clutching them before getting on his bike.

It has been said that his first ritual of touching his boots inspired a 2004 TV theme-tune “Are You Ready Boots?” and in interviews, he has revealed one boot must always go on before the other, likewise with gloves. As well as this, he gets on his bike a certain way, and talks to it before the race.

“It’s just a moment to focus and ‘talk’ to my bike, like moving from one place to the next. It is as if I lead a conversation, although I never get a response.” – Valentino Rossi

This concentration to detail is carried through every aspect of his career. For example, he is very particular about his helmet design. The sun and the moon which have heavily featured on Rossi’s helmet in the past, reflect his two sides – the contrasting elements of his personality both on and off the track, from upbeat and light-hearted to dark and serious.

The nine-time World Champion also goes to great efforts to ensure every detail of the design is as per his specification. A sticker fanatic, Rossi applies his own personalized stickers by hand to his bike, which include his pet dogs and bike registrations. 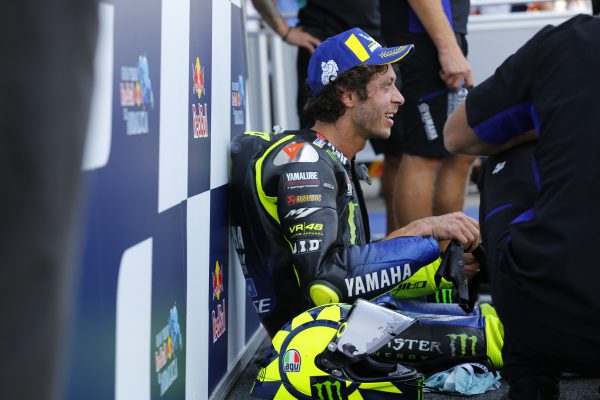 It’s in the family

In addition to a famous brother, Luca Marini, Valentino Rossi’s father Graziano was a former motorcycle racer. In fact, the year that Rossi was born in 1979, his father took his first 250cc Grand Prix win at Rijeka, Yugoslavia. The now-famous number 46 was chosen since it is the same that his father used during his own motorcycle racing career, and has been ever-present in Rossi’s.

Unlike a typical World Championship winner, who would be awarded with a number one for the next season, The Doctor paid homage to Barry Sheene by staying with his number and wearing the number one on the shoulder of his racing leathers instead. Sheene was the first ever rider of the modern era to go against tradition and keep the same number (7) once he became champion. 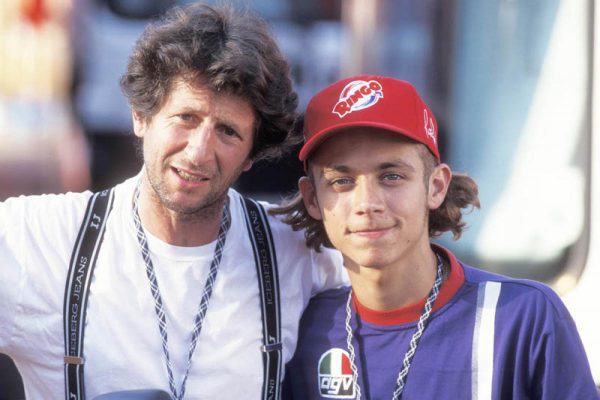 The terror of Tavullia

As a teenager, Valentino Rossi was a menace to his local population of Tavullia – a small town in the Marche region of Italy. The World Champion used to plague local police as he and his friends revved their mopeds around the quaint streets.

Now a hometown hero to many, the iconic rider is honoured in Tavullia. Hues of bright yellow can be seen all over the town, and upon entry, visitors are met with a “Welcome to Tavullia 46” sign. There’s a pizza restaurant called ‘Da Rossi’, a gift shop named ‘VR46’ and even the food shops have products emblazoned with The Doctor’s name.

Rossi has built a private ranch in the town, where both himself and young and upcoming stars of the VR46 Riders Academy can train. He has recently applied for expansion, though some residents have complained and may consider him a terror of Tavullia once more. Despite this, it’s reported that all 8,000 of the town’s residents are registered members of the Valentino Rossi Official Fan Club. 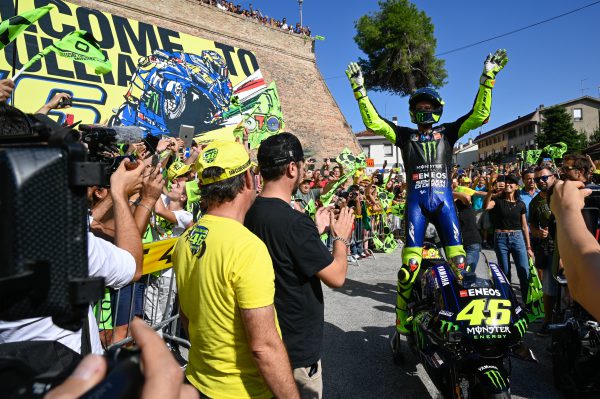 We look forward to seeing what Valentino Rossi has to bring to his hometown race at Misano this weekend, even if that’s just a new helmet design!