Lucky stars at the Austrian GP

A series of riders including Valentino Rossi and Maverick Vinales made miraculous escapes at a red flag-ridden Red Bull Ring.

Lucky stars at the Austrian GP

A series of riders including Valentino Rossi and Maverick Vinales made miraculous escapes at a red flag-ridden Red Bull Ring.

The edge of the seat was the only place to be for Sunday’s race in Austria – the fourth event of the MotoGP calendar.

In a terrifying moment for motorsport, Franco Morbidelli and Johann Zarco collided at high speeds on Turn 2 of the ninth lap. The spectacular incident saw both riders thrown from their machines, and Zarco’s Avintia Ducati hurdle over the track at Turn 3.

This was followed by Morbidelli’s flying Petronas Yamaha, which slotted between teammates Rossi and Vinales. Missing the riders by a matter of inches, the two Monster Yamaha racers were extremely lucky to have not been collected by the stray machines. All riders somehow avoided the flying debris from the two destroyed bikes. 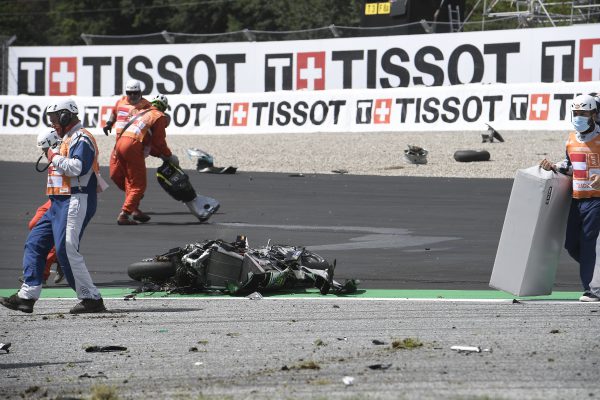 “This track is a bit dangerous especially because you have three or four straights where you do 300km/h so the average speed is always very high. The worst point is Turn 2 and 3, which is a shame because it is a great point, but can be very dangerous. Maybe we need to modify the layout but it is always difficult. Sincerely, I don’t know which way we can improve.” – Valentino Rossi.

Drawing comparisons to an accident during a previous F1 Grand Prix, which saw an uncontrollable sliding car strike a rival, the nine-time World Champion reveals he’s always been aware of the potential dangers of the track, and will push Race Direction for a change.

In reflection, the number 46 rider explains he didn’t register Morbidelli’s bike because of the speed, alongside the distraction of Zarco’s Ducati missing Vinales up ahead. With Zarco on his feet and Morbidelli taken away on a stretcher, the two thankfully emerged unscathed after treatment and the race was resumed, despite many riders appearing visibly shaken.

This wasn’t the only drama of the day, with the Moto2 race stopped earlier in the afternoon after a horrifying crash involving Enea Bastianini and Hafizh Syahrin. When the Italian Kalex rider fell and lost control of his machine on Turn 1, it remained in the middle of the track, along with him, as high-speed bikes dodged them both.

While the riders in front of Syahrin were able to avoid the machine, the Malaysian racer was caught unsighted behind two bikes directly ahead, leaving him with nowhere to go other than directly into it. During the breathtaking collision, the rider was launched from his Aspar Speed Up.

“I feel lucky after the crash because I haven’t broken anything. It was a nasty crash. I feel pain in my legs, near my groin, as if my leg was broken, but we have confirmed that there are no fractures. I’m going to try to recover to see if I can race next week.” – Hafizh Syahrin

Spanish rider, Edgar Pons was also affected, hitting the tyre of the bike and crashing out of the race, before it was red flagged. Fortunately, the racing gods were looking out for the riders on Sunday, with none seriously injured and all planning to compete again at the Styrian GP this weekend. 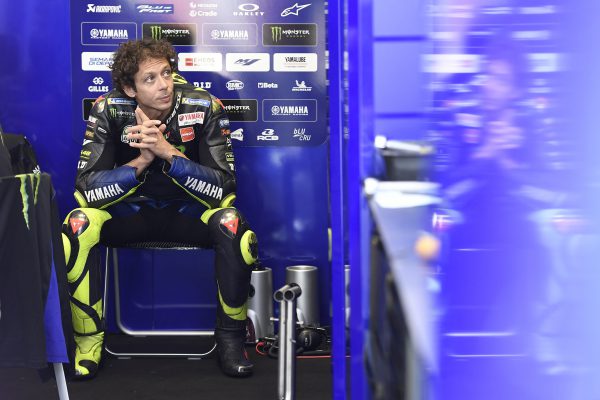