There's no greater sense of fandom than in the MotoGP community! We delve into your most precious motorcycling memories...

There's no greater sense of fandom than in the MotoGP community! We delve into your most precious motorcycling memories...

I’m from Wisconsin and work for a company that has their corporate headquarters in Orange TX. For two years in a row, I fabricated a reason why I needed to come down during the week either before or after the race in Austin. Little did work know, I even used the rental car that they paid for to get to and from the races those years. It’s about a 4 hour drive between Orange and Austin. 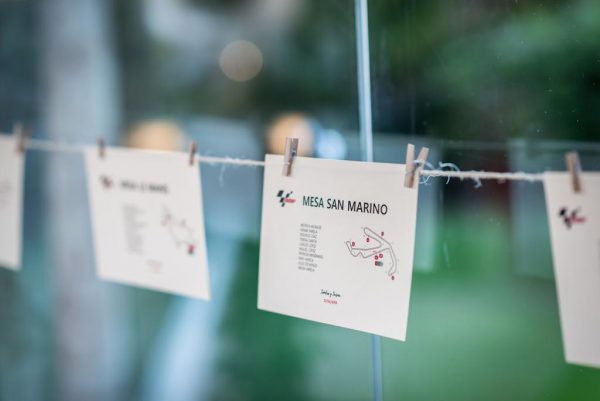 This year I got married to my wife. She knows I’m totally crazy for MotoGP, so I made our wedding day seating plan MotoGP-themed. I got the track information from the official website and I calculated the number of tables to include all tracks for the season.

My father introduced myself and my brothers to MotoGP over 30 years ago, and we have all been advert fans following it ever since. In 2011, we decided to become Track Marshalls at the Phillip Island circuit so we could get even closer to the action and have been doing this ever since. We travel from Brisbane (QLD) to the circuit via motorcycle, which is a total round trip distance of 3644 kilometres or 1822 kilometres one direction! 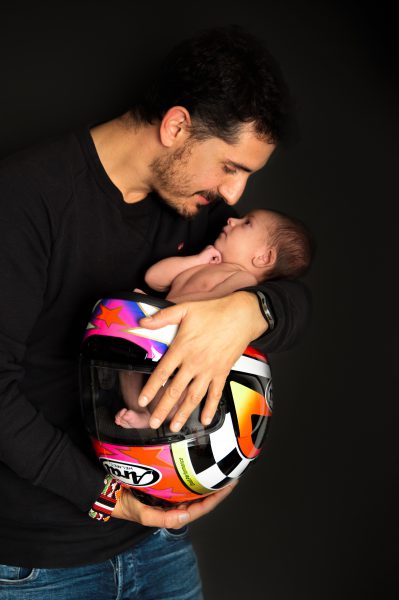 Always together, two generations, accompanying our passion: MotoGP. In one of our adventures, we travelled from Brazil to England for the Silverstone GP in 2018. Lots of rain, lots of fun and a great experience, but big prize cancelled. Nevertheless, fans were together and the atmosphere was worth the effort. I’m an unconditional fan of MotoGP and my devotion is so much that I don’t have just one story, I have thousands. The main thing is that I have never missed a race! I bought the replica of Kevin Schwantz’s helmet and when my daughter was born, I she had a photo session with it.

My partner Paula and myself bought a motorhome and travelled around Europe for five months to watch MotoGP. We saw some amazing sights and met some fantastic people. A lovely Dutch couple have become lifelong friends, and the four of us are attending Finland next season! We have been lucky enough to witness some great races. Being Brits, we follow Cal and purchased his riding boots at the Silverstone auction on the Thursday. Douglas also bid for and won a lap of Silverstone on the two-seater Ducati with Randy Mamola… what an amazing experience! Well worth every penny.

As a young boy, I lived in Japan because my father served in the military. That was 1959-1962. My lifelong dream was to return some day. Fast forward 60 years! Being an avid motorcyclist and dedicated fan of MotoGP, when the opportunity arose to combine the two, I could not pass it up. So as part of an epic motorcycle tour, I lived my dream and attended the 2019 MotoGP race in Motegi! 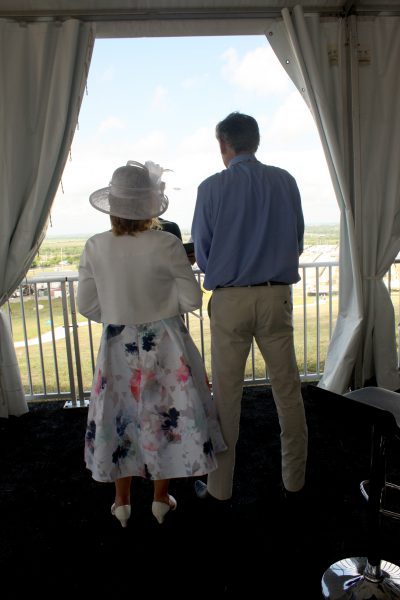 Looking at the view of Circuit of Americas, with the sound of the Moto2 bikess going round during our wedding ceremony… We were the first people to have a MotoGP wedding, and the first that the lovely people at the track had arranged. We had the best and most unbelievable weekend ever.

We have not missed a race since 2009 and we go to Jerez every year to sit on the hill. We arrive at 5 am on race day to get the best spot. One year, the weather was terrible! We just never imagined it could rain. So there we were in our t-shirts, with one black bin bag between us. It never occurred to us to leave before the end, but it rained and rained, we were soaked to the skin and cold. Two fans sat nearby had a big plastic sheet. When they left, we kept looking at this muddy sheet, thinking it would save us a little.

Just as we decided to use it, the group in front of us went for it too. We ended up fighting over a scruffy muddy piece of plastic! In the end, I said “look you have raincoats and umbrellas and we’re in t shirts, but you can have it.” They responded “oh no, you have it”, and then we argued about who wasn’t going to have it. In the end, we became great friends and shared rebujito and jamón with them. We kept in touch for a long time. We had a laugh, and from then on, nothing has stopped our MotoGP trips.

I organise my whole life around the MotoGP season… I am a huge fan of Pol Espargaro, and Andrea Migno. I even named one of my cats after Migno! I have been watching religiously since 2004, and the last race I didn’t watch live was the 2016 Australian race because I crashed my car on the way home from work and ended up in hospital! But it doesn’t matter what time it starts, I am there on my sofa with swampy (the gator) and we will always be one team. 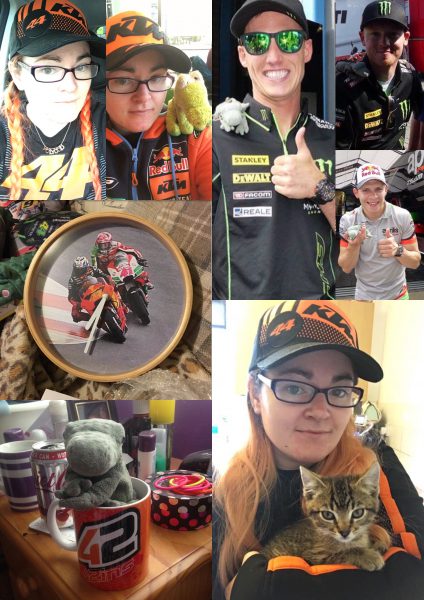 I’ve followed MotoGP since I was a small child… I am almost 53 now and I still ride big sports bikes and live for the MotoGP season… I go to my home round at Silverstone and have rode to several of the European rounds. My son’s 21st birthday involved four of us riding to Assen to watch Ben Spies win his only GP race. The ride there and back hold such special memories for us……. it’s the best thing about bikes… and bikes are the best thing.