Following the Coronavirus outbreak, the MotoGP calendar has been revised, but fans can rest assured that races will still go ahead.

Following the Coronavirus outbreak, the MotoGP calendar has been revised, but fans can rest assured that races will still go ahead.

Following the global Coronavirus outbreak, the MotoGP calendar has been revised multiple times, with premier class racing at the Qatar GP cancelled and the Thai GP postponed. But fans can rest assured that most races will still go ahead, just with a new schedule.

Unlike many sporting events, which organisers have decided to continue to run but without an audience, MotoGP will be rescheduled so that fans can still enjoy the action from the circuit.

The Thailand Grand Prix will now take place on the 3rd and 4th October, replacing the original Aragon GP, which has been rearranged for a week earlier on the 26th and 27th September.

MotoGP will head to the Circuit of Americas over the weekend of 14th and 15th November, rather than the Valencia GP which has been pushed back.

The postponed Americas GP will be followed by the Argentina GP one week later, which was previously announced as the first race of the season.

And concluding an increasingly crowded end-of-year schedule, the Circuit Ricardo Tormo in Valencia will be the final venue for the MotoGP season, with the Valencia GP closing the series on November 28th and 29th. 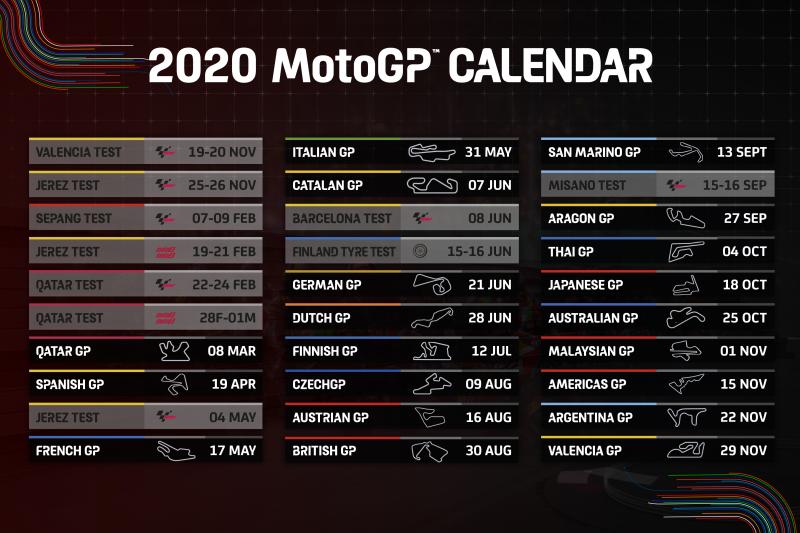